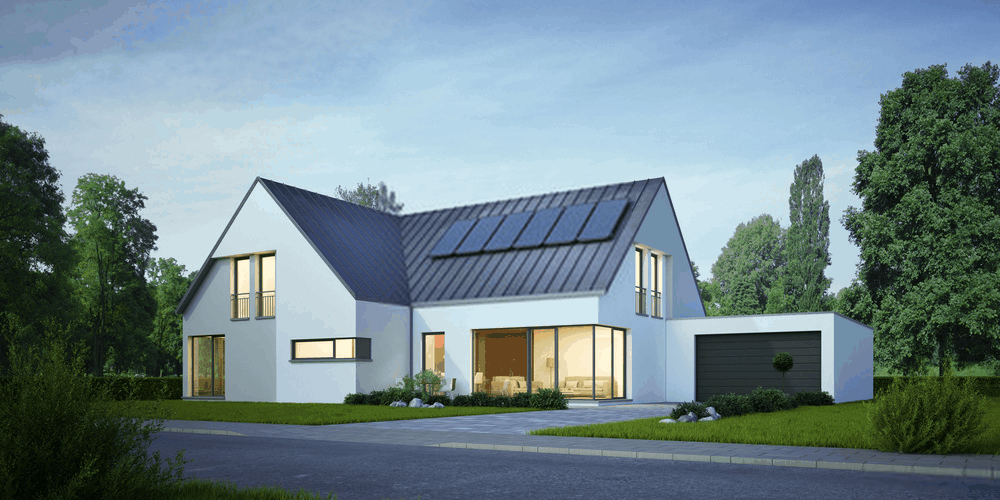 Energy is a major requirement for technological growth and other visible development.

But, a major concern is that most civilizations depend solely on fossil fuels for nearly every aspect of their existence.

The use of fossil fuels is known to negatively impact the environment, polluting the air and causing climate change.

As a result, many people are in favour of using renewable energy sources to meet man’s everyday energy needs.

Why do we need renewable energy sources?

Every day, we need electricity to power our computers, TVs, home theatres, phones and other electronic gadgets.

We also need some form of energy to power our vehicles and cook our foods.

If we continue to depend only on fossil fuels as our energy source, we may encounter problems in the future.

Fossil fuels are going to either become exhausted in nature or they will become too expensive to realistically use.

We can’t tell for sure what’s left of this resource, but the fact remains that it is a finite resource.

In addition, alternative energy resources have a much lighter environmental impact than fossil fuels.

This is why renewable energy sources are our ticket to a less polluted world.

Even if we did not face the threat of climate change, minimizing pollution is basic for good health.

Five types of alternative energy are generated by harnessing a natural process, like sunlight or waves. They are generally the most sustainable forms of energy.

Sunlight is a renewable resource, and its most direct use is achieved by capturing the sun’s energy.

A variety of solar energy technologies are used to convert the sun’s energy and light into heat.

Mirrored dishes that are focused to boil water in a conventional steam generator can produce electricity by concentrating the sun’s heat.

Commercial and industrial buildings can also leverage the sun’s energy for larger-scale needs such as ventilation, heating and cooling.

Finally, thoughtful architectural designs can passively take advantage of the sun as a source of light for heating and cooling.

Homeowners, businesses and government entities can take advantage of the benefits of solar power in many ways:

Learn more about GVE Projects in Bisanti where we used solar energy to power an entire village in Bisanti, Niger State.

Wind can be considered a form of solar energy because it results from the uneven heating and cooling of the atmosphere (as well as the rotation of the earth and other topographical factors).

Wind flow can be captured by wind turbines and converted into electricity.

On a smaller scale, windmills are still used today to pump water on farms.

Commercial grade wind-powered generating systems are available to meet the renewable energy needs of many organizations.

When the wind blows, the power generated by the system goes to offset the need for utility-supplied electricity.

Utility-scale wind farms generate electricity that can be purchased on the wholesale power market, either contractually or through a competitive bid process.

Geothermal: Power from the Earth

Geothermal energy is derived from the heat of the earth. This heat can be sourced close to the surface or from heated rock and reservoirs of hot water miles beneath our feet.

On a much smaller scale, a geothermal heat pump system can leverage the constant temperature of the ground found just 10 feet under the surface to help supply heat to a nearby building in the winter or to help cool it in the summer.

From Waterwheels to Hydroelectricity

Hydropower isn’t a new invention, though the waterwheels once used to operate the gristmills and sawmills of early America are now largely functioning as historic sites and museums.

Today, the kinetic energy of flowing rivers is captured in a much different way and converted into hydroelectricity.

Probably the most familiar type of hydroelectric power is generated by a system where dams are constructed to store water in a reservoir which, when released, flows through turbines to produce electricity.

This is known as “pumped-storage hydropower,” where water is cycled between lower and upper reservoirs to control electricity generation between times of low and peak demand.

Another type, called “run-of-river hydropower,” funnels a portion of river flow through a channel and does not require a dam.

Hydropower plants can range in size from massive projects such as Hoover Dam to micro-hydroelectric power systems.

Direct use of hydroelectric power is naturally dependent on geographic location.

Assuming a dependable waterway source is accessible and available, micro-hydroelectric plants can be constructed to supply electricity to farm and ranch operations or small municipalities.

Power from the Ocean

Ocean thermal energy can be converted into electricity using a few different systems that rely on warm surface water temperatures.

“Ocean mechanical energy” harnesses the ebbs and flows of tides caused by the rotation of the earth and the gravitational influence of the moon.

Energy from wind-driven waves can also be converted and used to help reduce one’s electricity costs.

There are also lesser developed technologies that leverage ocean currents, ocean winds and salinity gradients as sources of power conversion.

Cold ocean water from deep below the surface can be used to cool buildings.

After cooling, desalinated water is often produced as a by-product.

Ocean energy is an evolving source of alternative energy production, and with more than 70 per cent of the surface of our planet covered by ocean, its future looks promising, depending on geographies and regulatory guidelines.

These two types of renewable energy have to be produced using mechanical means, rather than by harnessing a natural process.

Bioenergy is a type of renewable energy derived from biomass to create heat and electricity or to produce liquid fuels such as ethanol and biodiesel used for transportation.

Biomass refers to any organic matter coming from recently living plants or animals.

Even though bioenergy generates about the same amount of carbon dioxide as fossil fuels, the replacement plants that are grown as biomass remove an equal amount of CO2 from the atmosphere.

This keeps the environmental impact relatively neutral or minimal.

There are a variety of systems used to generate this type of electricity, ranging from directly burning biomass to capturing and using methane gas produced by the natural decomposition of organic material.

How is bioenergy used? Businesses or organizations that transport goods or people can convert their fleets to vehicles that use biofuels such as ethanol or biodiesel.

Manufacturing facilities can be equipped to burn biomass directly to produce steam captured by a turbine to generate electricity.

In some cases, this process can have a dual purpose by powering the facility as well as heating it.

For example, paper mills can use wood waste to produce electricity and steam for heating.

Towns can tap the methane gas created by the anaerobic digestion of organic waste in landfills and use it as fuel for generating electricity.

Hydrogen is the simplest (comprised of one proton and one electron) and most abundant element in the universe, yet it does not occur naturally as a gas on earth.

Instead, it is found in organic compounds (hydrocarbons such as gasoline, natural gas, methanol and propane) and water (H2O).

Hydrogen can also be produced under certain conditions by some algae and bacteria using sunlight as an energy source.

Hydrogen is high in energy yet produces little or no pollution when burned.

Liquid hydrogen has been used to launch space shuttles and other rockets into orbit since the 1950s.

Hydrogen fuel cells convert the potential chemical energy of hydrogen into electricity, with pure water and heat as the only byproducts.

However, commercialization of these fuel cells as a practical source of green energy will likely be limited until costs come down and durability improves.

Almost all the hydrogen used in the United States is used in industry to refine petroleum, treat metals, produce fertilizer and process foods.

In addition, hydrogen fuel cells are used as an energy source where hydrogen and oxygen atoms are combined to generate electricity.

There are also currently a few hundred hydrogen-powered vehicles operating in the United States, a number that could increase as the cost of fuel cell production drops and the number of refuelling stations increases.

Funding for the provision of emergency solar power to these health centres was provided by All On’s N180m COVID-19 Solar Relief Fund launched on March 31, 2020. All On, an impact investing firm funded by Shell, released this fund as part of its efforts towards the national response to contain the pandemic.

GVE CEO, Mr. Ifeanyi Orajaka, said, “As a socially responsible organization, we are happy to provide assistance during this national crisis despite the challenges caused by the lockdown. I salute the selflessness of my colleagues who implemented these projects in strict compliance with necessary health and safety guidelines.”

This effort was accomplished in close collaboration with All On, Stakeholder Democracy Network (SDN), Clean Technology Hub (CTH), and the Rivers and Enugu State governments.

All On CEO, Dr. Wiebe Boer, said, “In line with our mission, these projects further demonstrate our commitment to supporting relief efforts in the Niger Delta and Nigeria as a whole during these critical times, and we commend GVE for its professional and timely execution”.

Similar sentiments have been shared by other partners.

SDN Programmes Advisor, Chris Newsom, said, “SDN is pleased to play a facilitation role on the Eleme project. Credit goes to GVE and the Ministry of Health, Rivers State, for connecting efficiently to make this happen swiftly.”

The projects could potentially deliver long term, direct impact on the communities.

Founder/CEO of CTH Ms. Ifeoma Malo, said, “The installation at the Enugu isolation centre will greatly mitigate the spread of the virus in the state and environs, by providing uninterrupted electricity to help patient management and support healthcare facilities at the centre.”

These solar installations will ensure the provision of uninterrupted power supply at the Rivers and Enugu State COVID-19 isolation facilities.

In addition to these on-going projects, GVE is further collaborating with All On to provide complimentary electricity to 21 healthcare facilities in its mini-grid sites located in rural communities across eight states in Nigeria. This on-going intervention will ensure that over 37,000 residents in rural communities enjoy access to affordable healthcare services over the next six months.

To achieve this feat, GVE is collaborating with other partners including IEEE Smart Village, Jinko Solar, Schneider Electric, Ardova Plc (formerly Forte’ Oil), Tranos to deploy emergency solar solutions at other COVID-19 isolation and testing centres across the country.

Administrator, CACOVID Zouera Youssoufou said: We are impressed by the efficiency with which GVE Projects Limited delivered the solar installation at the CACOVID-funded isolation centre in Enugu.

These partnerships are a demonstration that takes all sectors working together to curb the spread of this menace.”